Opportunities ahead for potential mis-pricing in bond and debt market. 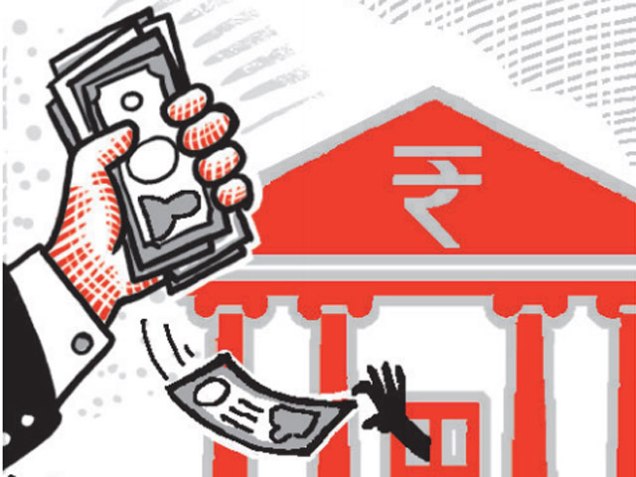 First anniversary has come and gone, yet animated arguments still continue on its original motive. You guessed it right, we are talking about DeMon. While opinions are still deeply divided on its broader impact, one area where even its detractors do not seem to disagree is on its benign impact on bank deposits. The sensational midnight move scripted the story of savings-glut that unfolded subsequently. Banks were flooded with deluge of deposits at a time when credit demand was weak, leading to huge surplus in liquidity in the system. Deposit rates fell as a result and led to one of the biggest block-buster year for domestic flows into equities. That is not all. With support coming in from moderating inflation and stable currency (on robust FII flows), RBI rate action was on the dovish side leading to virtuous cycle of ever increasing liquidity in the system.

If there is one business where the currency move left a biggest footprint, it must have been mutual fund industry. As a direct fallout of mid-night move, assets managed by mutual funds across the spectrum soared to historic highs. The industry is staring at a eye-popping surge of 40% in its assets this calendar year. It is no coincidence that the monthly SIP book has nearly tripled to Rs 6000+ Cr from its earlier 2000Cr level. This has brought tremendous stability to the Indian markets which otherwise used to dance to FII’s unpredictable tunes.

2018 may not be as lucky. Footprint of DeMon is fading. Much of it has been used up in capital markets. One can see the first signs of tightening liquidity in the whole sale deposit rates. Rates in this segment have hardened by over 40 to 50bps in the last couple of months. Unlike the year gone by, there will be a competitive chase for attracting deposits by banks in the coming year. More so, with a likely pickup in credit growth. With much less fiscal elbow room on the fallout of faltering GST revenues, liquidity position is likely to get worse in the short-term, as Govt. won’t be able to come to the rescue by boosting expenditure. Add to this the hardening hawkish undertone of RBI on firming inflation and rising risk of fiscal laxity on growing rural distress, it is difficult to build a case for neither softer rates nor for benign liquidity in the coming year. If this week’s spike in ten year Gsec yield is any indication to go by, bond markets seem to be factoring in a worsening fiscal as well as liquidity scenario for the coming months. Ten year yield surged to 17 months high of 7.3% this week. Even if the RBI keeps the status quo on the repo thro’ the year, rates on the ground will start inching up on tighter liquidity and on higher borrowing costs (higher deposit rates).

If one goes back to early period of the current political administration and looks at some of the predictions for 2018, it was foreseen that this Govt. will gain more control in the upper house by 2018 and hence will steer some significant structural reforms in this year. But in an ironical twist, the current administration is losing some of its political capital in the rural segment precisely when it is gaining more control in the upper house, as reflected in the recently concluded state polls. Unlike the state in which polls got concluded recently, the states where series of polls have been lined up in 2018 have much larger share of rural population. Given this and the incumbency risks, it is not difficult to fathom a volatile period on account of noisy political narrative in the coming year. The economic backdrop is unlikely to be benign either. Rising interest rates, tightening liquidity, continued delay in earnings recovery, volatile crude amid normalization of rates in US etc are likely to keep 2018 much more volatile than the smooth ride we have seen in the current year.

Come back time for Debt

For debt investors, opportune time may be on cards. Short-term rates are likely to firm up and that should entice the savers back to debt markets. Investors who wants to add a kicker to the coupon thro’ duration play (like the Gsec/gilt funds), good times may come soon as we expect ten year yield to spike in the early part of 2018 on tightening liquidity amid rising risks of fiscal laxity in the upcoming budget on pressures from the rural constituency to splurge on populist measures. Opportune time is not limited only to debt investors. The rub-off will be there on equities as well. Given the heightened valuations at which equities are trading, rocky narrative both on political and fiscal side will make the coming year more volatile times compared to the one-way run in the year gone by.