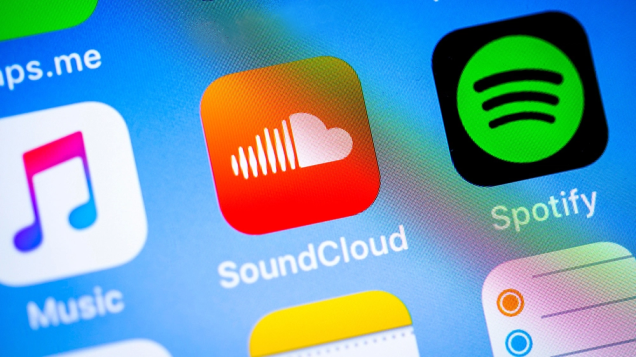 Millennials have a special place in this slowdown. Much of muck for the current ills in the economy is thrown at them.  Lot of things may go “over-the-top” for the Gen-Old, but for the millennials, OTT is central to everything they do. In fact, in our definition, OTT is not limited to only video or audio streaming services, but to even other  aggregator services like Uber, Swiggy or any such disruptions (as they lie “over-the-top” on the age-old platform). So far this is good. But where it takes a noisy turn is when analysts start giving an OTT spin to otherwise normal cyclical down-cycle to project a structural scare for such down-trends.

In times of slow-down, the scars of slump can be seen much beyond the realm of economy. During slow-down, it doesn’t surprise anyone to see the numbers sliding in various segments of the economy, be it consumption, manufacturing or services activities. The slump that surprises many is the slump in critical “thinking” during slow-down times, esp. when it comes to dissecting the long term sectoral trends. Slowdown colors the thinking so much that it starts seeing some of the otherwise normal cyclical down-trend as a structural one. This happens, because the analysts, in their over-enthusiasm, end-up over-estimating the short-term implications of a new trend, while under-estimating the long-term implications. This has occurred cycle-after-cycle. This down-cycle is no different except that this time analysts are hiding under OTT to give a structural spin.

One doesn’t need to go too far to understand how this played out in the past. Take for example, the IT slowdown in 2016. Normal cyclical slowdown in IT spending in US was amplified as a structural one using the new challenges the industry was facing that time from automation, machine learning and AI. Analysts took these disruptions and gave a structural scare which resulted in valuation de-rating in IT stocks in early 2016. What happened subsequently is there for everyone to see. Growth came back in 2017 and the noisy narrative on Automation/AI was slowly edged out by rosy prospects of increased IT spending. This led to re-rating of IT stocks. Seasoned investors who foresaw this ended-up gaining 2X-3X in some of the mid and small-cap IT stocks (as they were the worst hit by the structural scare).

Fast forward to now. OTT is a new monster now and as per arm-chair analysts, it is going to kill anything and everything that is going to come its way. The monster’s impact is more visible in the mayhem in the Radio, Broadcasting and in the Newsprint stocks. The structural scare is so much that some of the stocks in these sectors are going for a song, esp. from the mid and small cap ones. It doesn’t matter that the readership, listenership or viewership surveys don’t reflect those scary prognosis. EV is another one that is going to electrocute the entire auto industry as per some of the auto enthusiasts. It doesn’t matter we will take 30 years to build required charging infrastructure or it costs 3X the normal one if one goes by TCO (total cost of ownership). In both these cases, the market is amplifying the normal slowdown in ad-cycle (in the case of Radio, TV and Newsprint) and demand slowdown in the case of auto, feared by the noisy narrative of OTT and EV scare.

Going by the past cycles and by the past disruptions, such structural spins throw great life-time value opportunities for anyone who doesn’t suffer from slump in critical or contrarian thinking.  Of course, one can’t be blind to certain long-term changes. But when market de-rates to a level where mis-pricing goes to manic levels, there is lot to unlock in terms of future upside. Interesting times to watch out for!!

Earnings reactions in the broader space have started to exhibit an encouraging trend. They are still irrational, but not as irrational as they used to be in the earlier quarters. Earlier, even great results met up with muted reaction from the market, leave alone iffy ones. No longer so. If the results are robust, they get rewarded to a reasonable extent. Of course, market’s negative reaction to even decent results, which is the hallmark of a downturn, is yet to change. This change in its reaction to stronger results, has led to rise in number of stocks, in the broader space, that are hitting 52 week highs for the first time in many months. Though, for now, these numbers are far and few. This trend, if it continues (that is a big if), can bring back some life into the small and mid-cap space in a gradual fashion.

It doesn’t stop here. There is another trend that could be a pointer to life coming back in the broader space, though it is too early to say. Market has made many attempts to gain momentum in the past few months. Every time it makes an attempt, some bad news comes in a miraculous fashion to mar the early signs of momentum. This month, it was SC’s blow to the telecom sector and the sensational turn of events at Infosys. Last month, it was PMC bank that did the damage. If at all there is anything to be inferred from these multiple attempts by the market to gain momentum, it is this – there is bottom in place now and it is question of time before luck runs out for the bad news and for the bears.

Add to this, the positive news-flow momentum that might come from the upcoming budget that is not far away.  The expectation from the budget will be high, given the rising reform-intent from this Govt. Some tweaking either in the long-term capital gains tax or in DDT may be on cards, besides the increasing chorus for cut in personal income tax. This coupled with Govt.’s growing inclination to side-step the fiscal puritan path to accommodate more growth oriented policies, market will start expecting more fiscal measures (stimulus) in the budget. This can help the market to successfully build and sustain momentum, which it has been trying for many months, but in vain. Interesting times to watch out for!!